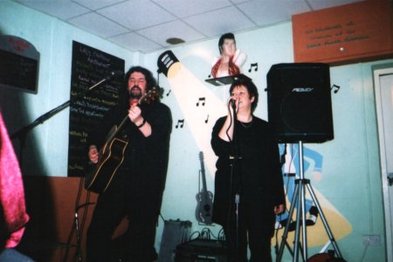 Here is my review of Phil's fantastic gig in Tamworth on Sunday 24th March 2002.

Myself and Susan arrived at The Ladymeadow Restaurant early on Sunday for an excellent meal, and we would personally like to thank Stuart, Tina and Ian for making us feel so welcome. The Acoustic Cafe itself is situated within the restaurant, and we got a 'sneak' preview of Phil and Tina during a short soundcheck a couple of hours prior to the concert at 8pm.

The gig was a ticket-only sell-out and the audience was made up from a variety of Phil's friends, relatives and fans with quite a few of us travelling a great distance to see Phil in action.

The concert itself started off with Phil performing a wide variety of songs, a couple from his solo albums 'Naked' and 'Agony & Ecstasy' plus some new unreleased material which he has recorded and hopefully will be available on cd soon. I particularly enjoyed 'House Of Blues', and Phils guitar playing once again was awesome - one guitar solo in particular, I don't know how his fingers weren't bleeding, so frantic was he playing!!

Only one E.L.O. song was played - 'Showdown' but it kept the ELO 'die-hards' happy. Phil was then joined on stage by Tina McBain to perform some of their Eleanor Rigby Experience material and it was nice to hear Tina in such great voice after a while away from the mic.

After a short break, Phil was back on stage with a mixture of his own material and other standards including 'Brown Eyed Girl', a track by Billy Joel which I cannot think the title of and a song which had the audience in stitches, 'Waiting For The S**t To Hit The Fan' - what a brilliant lyric which deserves to be a Top 10 hit ;-).

Tina was then called back on stage to do a duet with Phil on the Beatles classic 'I Saw Her Standing There'.  And after one encore track it was all over. Phil and Tina chatted with the fans and friends afterwards in a lovely, relaxed atmosphere. I can't wait for the next gig, and hopefully a return of the Eleanor Rigby Experience on the road next year. 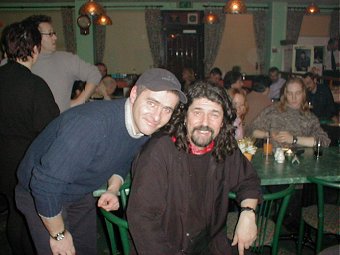 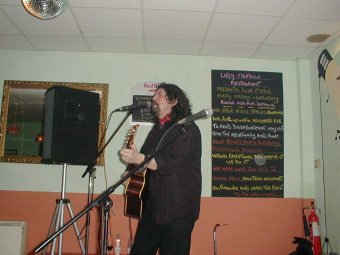 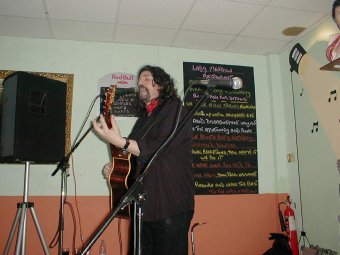 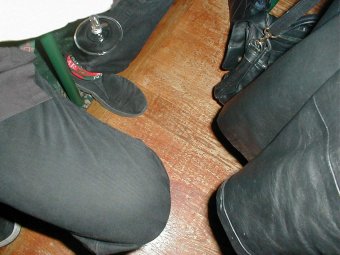 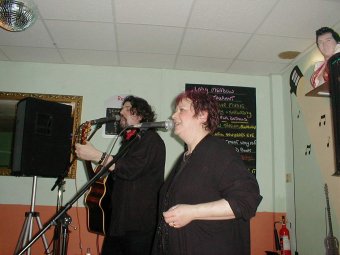 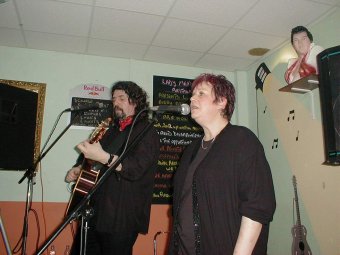 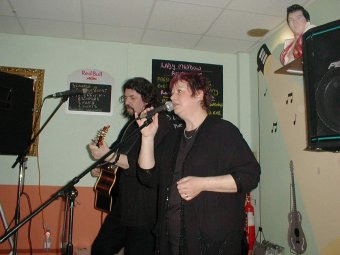 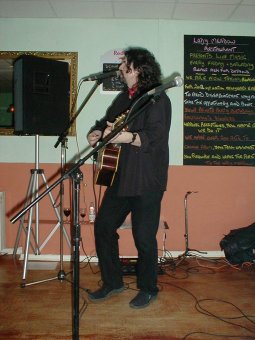 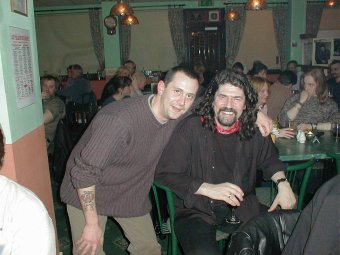