Here is my review of The Orchestra's brilliant gig at Glasgow Pavilion Theatre on Tuesday, November 3rd 2009.

Myself and my son Ben made the relatively short 100 mile journey up to Glasgow for the penultimate gig on this Autumn's U.K. tour. Front row seats almost centre stage meant a great view too.

The Pavilion Theatre was packed solid for this show and was a nice brightly lit venue and we knew it was going to be a great show when the lights dimmed the crowd started clapping and cheering before a note was played! There was a huge roar as the band took to the stage as the guys started off with 'Rock & Roll Is King', which was followed by 'All Over The World'. Loud applause and cheering followed as Mik came into the spotlight as the band performed the classic 'Livin' Thing'.

Next up was the return of 'Strange Magic', nicely sung by Eric. Phil then came to the front to introduce the next song which has never been performed live by either E.L.O, E.L.O. Part 2 or The Orchestra and that only the 'die-hard' E.L.O. fans would know the song - 'Four Little Diamonds' from the album 'Secret Messages'. With Mik Kaminski taking to the keyboards, this was a stunning performance and a great choice of song which received huge applause and cheers.

'Wild West Hero' up next followed 'Showdown' with stunning guitar and vocals by Phil. 'Sweet Talking Woman' which was next got a loud cheer from us all, as many of the audience finally stood up, singing and clapping along to the track. Lou Clark then came down to the front to introduce the band members, including his drinking buddy of the past 35 years Mik Kaminski.

'Twilight' next, followed by the return of the early E.L.O. hit '10538 Overture'. Again an absolutely stunning performance of one of my favourite E.L.O. songs with a surprise twist at the end with the song ending with the outro of The Beatles track 'Dear Prudence'.

Next up was the huge South American hit 'Last Train To London' with the audience still up dancing and clapping along followed by 'Do Ya' with Eric Troyer front of stage on guitar with Phil & Glen. Phil then told the audience this was the end of the first part of the show, and as Kelly would have said, 'go and have a few drinks and the second part of the show will sound even better'!!

After the break, Glen came to the front to introduce the second half of the on acoustic guitar performing his song 'Watching The World Go By', assisted by Phil on second acoustic guitar. Phil then introduced the next songs from E.L.O. Part 2, 'One More Tomorrow' written and sung by Phil, and '1000 Eyes' written and sung by Eric Troyer and my favourite E.L.O. Part 2 song. Both songs received loud applause from the audience.

The 'singing drummer' Gordon Townsend then took centre stage and like Glen, chatted for a while about how great the audience were, the loudest and best so far this tour. Gordon then produced a fantastic vocal performance of the George Harrison penned Beatles song 'If I Needed Someone'.  Loud applause from the audience for this one.

Mik Kaminski then came under the spotlight with his violin solo which then blended into Eric's unique re-working of 'Twist And Shout'. Again the audience cheering to this superb song.  Phil then introduced Mik back to the microphone to introduce his 1979 number 17 hit single with the band Violinski, 'Clog Dance'. This had all of the audience back on their feet clapping along.

More of the classic E.L.O. songs folllowed next with everybody dancing and clapping along to 'Ma Ma Ma Belle' and 'Evil Woman'. 'Telephone Line' slowed things down for a moment with great vocals from Eric. Then another new addition to the set list 'Calling America', which had a surprise ending with a snippet from the Paul McCartney & Wings track 'Jet' with Glen taking to the keyboards. Superb.

The audience clapped and cheered until the band returned with 'Don't Bring Me Down'. Lots of audience participation with this the last song with Phil, Glen, Eric and Mik urging everybody to get on their feet and sing along especially for the great man Kelly who was looking down on us. The band then came to the front to receive a standing ovation.

Another superb concert by the band. Glen and Gordon in particular really enjoying themselves. That's the last show for me this tour but looking forward to seeing Mik and Phil on their Beatles, Blues & Blue Violin tour with Tina McBain in November and March 2010. Hopefully there will be another U.K. tour in Autumn 2010 for The Orchestra, I really hope so!!!

Check out the Concert Photos section to see lots more photos from this fantastic gig. 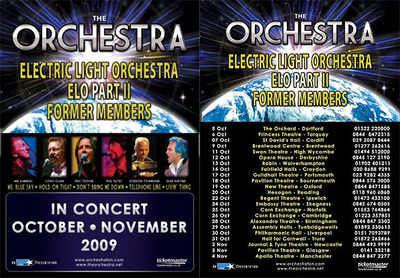 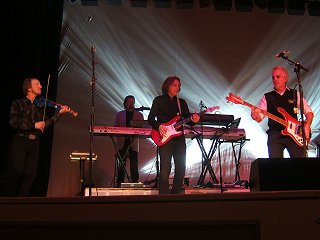 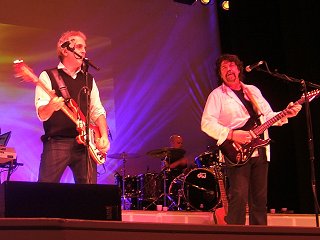 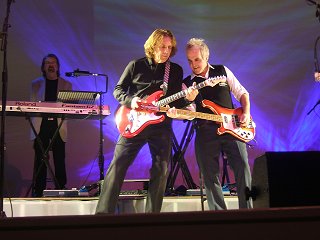 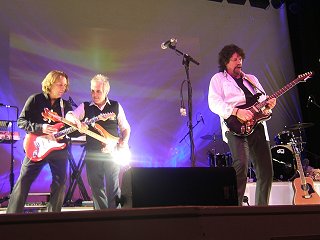 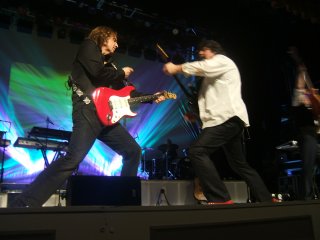 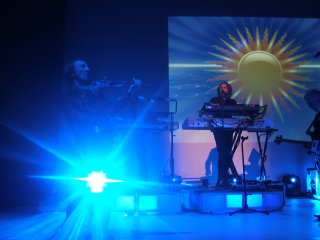 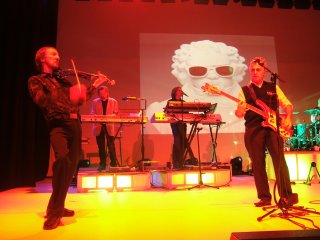 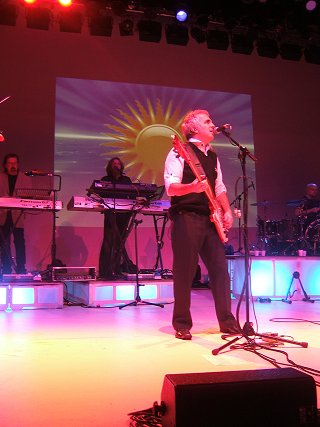 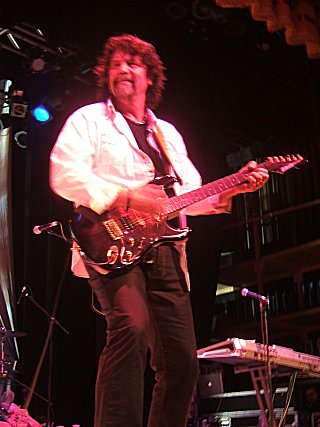