An Evening with "The Band With No Name" By now you have heard all the comical phrases that were used to refer to "The Artists Formerly Known as ELO2", that performed at Maddies, on July 6th.

Not being able to use any form of their previous name, made it difficult to; advertise the band, announce them as they took the stage, or even introduce their songs. However, they managed--no--they overcame and conquered that audience!

The sign in the foyer offered refunds to anyone that felt misled, but I don't think there were any takers.

The band took the stage to the music that I think was the theme to the movie "Psycho". From the first note, the packed house sent their welcoming and loving applause and cheers towards the stage. It seemed to energize the guys and the electricity flowed!

Now, I have been to every one of their shows at Maddies,(this being the 4th) and I have to say, this was, by far, their best yet! They were "ON"!! The energy level was "through the roof"! The jokes and laughs flowed freely. The music was just perfect!

Kelly appeared to be visibly moved at one point, when he sarcastically said, "I can't hear you" and the crowd ROARED even louder. He paused for a long moment and then said quietly, "You make it all worth it. We are not going anywhere. We'll be back, under some name or another, so stay tuned and keep checking the Internet and those newsgroups - we'll be around, we'll be back!" He is such a great performer and truly a gentleman.

Hux is a complete nut and so much fun to watch on stage. His goofing around and funny faces never seem to interfere with his excellent playing though. He received some big laughs as he introduced the next song with,"And now we would like to do a new song by the band 'Hmrfrrmerr" (as he ran his hand over his mouth), for our new album we are working on. It's called "Over London Skies", by the band "Frmrerrmffr".

Lou played his orchestral keyboards with his usual grace. His introductions of the band were touching and eloquent. Although when Kelly finished introducing Lou as "the very unique...." Hux complained, "you can't use those two words together...'very' and 'unique', that's not proper English - Oh what do you British know about English anyway". Then he threw in a few,,,"I love you man's". It was so funny.

Mik. Well, what can you say about Mik? He always delivers a perfect performance!

And Eric, well despite his "self-professed" uncomfortable shoes and scratchy voice, he delivered a wonderful performance as well. (And he didn't forget any words!!) Wow!

Last, but not least, Gordon - Oh MY - what a 'little drummer boy' he is! To say that he "beats" those drums, would be a terrible understatement - He "demolishes", no he "destroys", no He SLAUGHTERS those drums!!! He is such a diminutive powerhouse, that he injects a new vitality to this band. And he's a really nice guy too!

They ended the show on the ultimate high note of "Roll Over Beethoven" and the night was complete!

I won't write publicly about what went on after the show, because I feel that the closer I get to these guys, and consider them my friends, the less comfortable I feel sharing it. But suffice it to say, a great time was had by all. The mood was high and their attitudes were positive.

The Band will play on!! 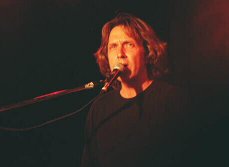 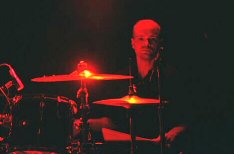 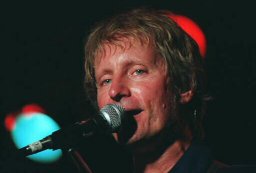 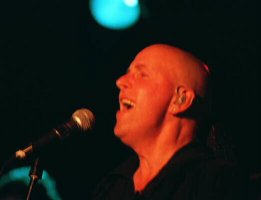 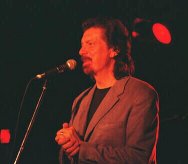 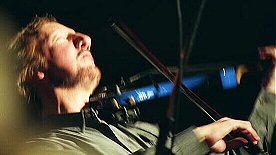