Here's a letter from the state of Denmark. I've been to the Orchestra concert last Friday - What a great concert it was (!!!!!!!!!!). At first it was a bit surprising with that "indian man" in the middle of the scene but OK he sang really good. Then the band was introduced by Louis Clark and YES(!) it was Kelly. ALLRIIIIIGHT and I was a bit ashamed I did not recognize him.

The guy Mik Kaminski was phenomenel as he was totally calm with his eyes half-closed standing in his usual position with his great electric violin. All the guys made fun throughout the show, because they knew and could feel the Danish audience really enjoy ELO music still after all these years. Also it was great meeting all those people you never see,  knowing that their interest are the same as yours - You think of course they're not bigger fans than you but what the hell, they are better people than the rest (if you know what I mean). The concert was performed in Vega in Copenhagen - Vega is a cosy small place, with approximately 200 persons seated and 400-600 on the floor. I was standing with my wife on the balcony left from the seats and from where the pictures are taken.

My wife was very busy writing up details of the songs performed - only the opening track (Fire on High), the instrumental number, I had to decide after listening when I came home, but after a concert like this, it was quite a delight searching for it among 4 first LPs.. When will the next concert be in Copenhagen or close to Denmark?? - I hope not for long.

Well, here are the tracks performed: 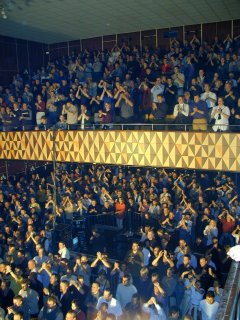 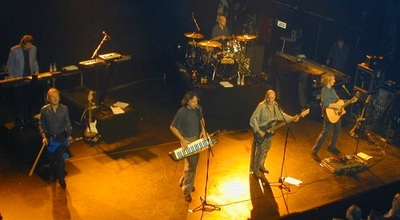 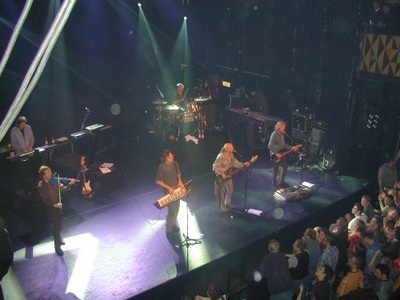 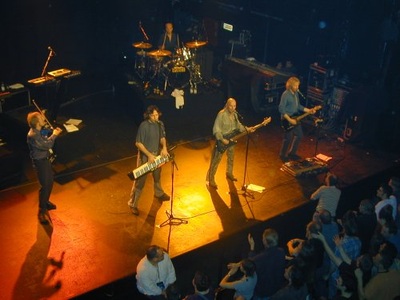 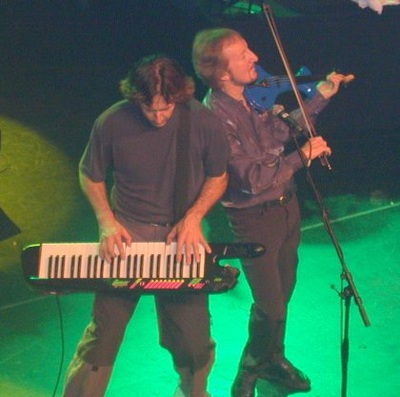 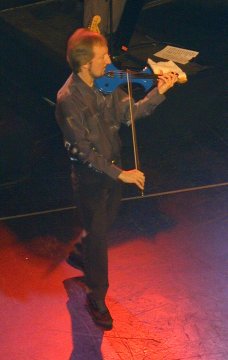 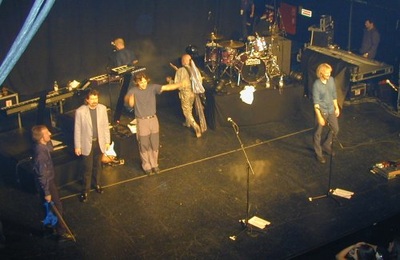