The first thing I noticed after arriving at the Irvine Spectrum Center was that there was a large area where you could watch the show for free, but what was great was that you could get really close for only $20. I sat in the fourth row, and since security wasn't an issue, I was able to use up an entire roll of film - 25 PICTURES.

During the soundcheck ELO played a few songs. After the first one, the few people who were there didn't applaud or anything since the show hadn't started yet. Parthenon is such a gas - saying "at least the plants liked it." After that I gave them standing ovations until they were done.

The band were introduced as 'Orchestra' here at the Spectrum, so maybe that this will be the new official name of the band ??

After getting off to a rocky start, what might have been called "Strange Tragic Magic" was salvaged when Kelly and Parthenon sang "It's Magic!" with the funniest faces you've ever seen. I wish I had film left at that point. Not that it detracted one bit from my enjoyment of the show. Far from it.

It seemed like Parthenon and Kelly were making funny faces all evening. I suspect that they might have helped themselves to some of the free spirits before the show - there were quite a few odd-sounding notes and clowning around throughout the show.

But this was yet another memorable show, if a little rough around the edges. There were a number of bad notes, and as mentioned earlier, the intro to Strange Magic almost didn't get pulled off, but the guys still didn't disappoint.

ELO stuck around after the show at a place called Gameworks (a giant video arcade, I think) where they were to sign autographs, chat with fans, and who knows, maybe get in a few games themselves? Unfortunately, I had to go to work early the next morning so I couldn't stay, but what cool guys. 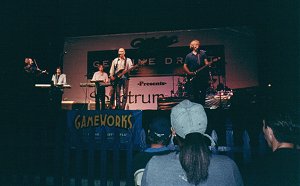 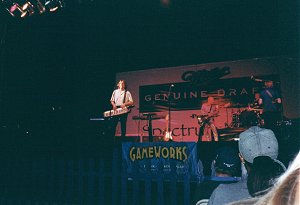 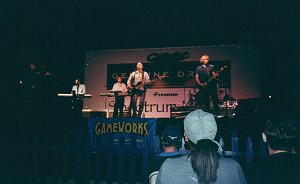 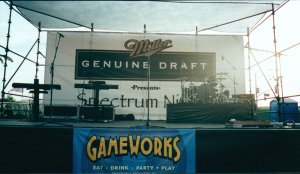 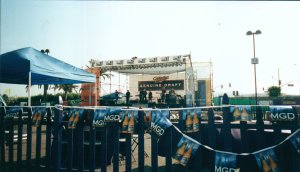 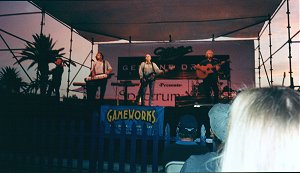 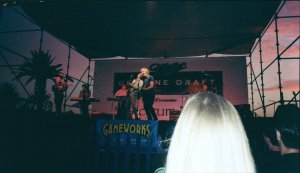 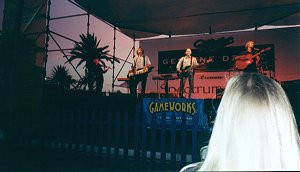 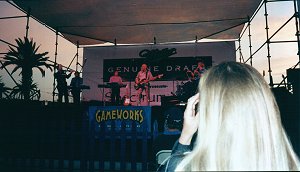