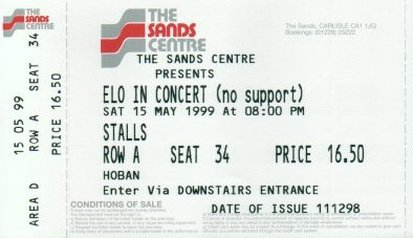 Hi fellow ELO fans, here is my review of the ELO Part 2 concert held at the Sands Centre, Carlisle on Saturday 15th May 1999.

What can I say, absolutely fantastic!!!!

Once again the guys performed supremely well with a great mixture of old classics and newer Part 2 material. It was great to hear some of the older tracks like Nightrider, Poker and the Move classic Blackberry Way which they last performed here back in 1993.

As the lights dimmed down the audience began to cheer and whistle as the new intro tune began to play (the theme from Psycho apparently). As the band took to the stage, the lights came on, the crowd cheered wildly and the band launched into Daybreaker - it's a long time since I have heard this played live - a great and welcome surprise. Next up were the classics Evil Woman and Livin' Thing performed immaculately.

Two more new ones followed, I'm Alive and Xanadu - Kelly not quite sounding like Olivia Newton John though. After the applause from the crowd, Bev came forward to say a few words and asking how long it had been since they last appeared here in Carlisle, 2, 3 years. No, SIX we all shouted!!!! He then went on to introduce Lou and the Eldorado Overture followed by a superb rendition of Can't Get It Out Of My Head.

Next up, another crowd favourite from Out Of The Blue, Sweet Talkin Woman and followed by Eric singing superbly on Nightrider.

Fire On High next with Parthenon on the acoustic guitar - brilliant!!! And was greatly appreciated by the crowd who were still mainly seated except for us at the front. All Over The World was followed swiftly by some fantastic guitar-work from Parthenon during the classic 10538 Overture and Poker from Face The Music. The band then left the stage to leave Mik alone doing his solo - the audience finally coming to life as the rest of the band returned to join him on stage for Clog Dance which neatly flowed into Ma-Ma-Ma Belle.

The audience were really starting to liven up now as the band performed Twilight and another crowd favourite, Last Train to London. Horace Wimp then followed which is not really one of my favourite ELO songs but it was performed very well.

Kelly then stepped up to the mic to end the first half and time for the majority of the crowd to head off to the bar!!!!!!

The second half of the concert saw Kelly, Eric and Parthenon take to the stage to perform a stunning accappella version of Wild West Hero. The audience gave a strangely muted response to this reworking but I thought it was very well done. Next up another slow one, Midnight Blue from Discovery and followed by Strange Magic. Again the audience responded with polite applause - I think they were expecting something a bit livelier following the break??

Bev then stepped up to the mic and congratulated our football team for keeping their league status (for those of you who don't know, Carlisle United would have lost their football league status if they had not won or Scarborough won their match. As it transpired, Scarborough drew and Carlisle were only drawing when in the fifth minute of injury time with only 10 seconds left, our on-loan goalie from Swindon, Jimmy Glass, came up for a corner and duly scored a goal!!!!!!! Real Roy Of The Rovers stuff!!!)

Anyway, back to the gig and and the classic Showdown was swiftly followed by the Part 2 song Honest Men which was given a great response from the crowd. After Rock & Roll Is King, Bev came to the front to introduce Lou who played the flute to Pavanne followed by Eric singing Power Of A Million Lights and then the highlight of the night for many, the Move's Blackberry Way - absolutely brilliant.

The whole band then came to the front of the stage and took it in turns to introduce each other. The funniest moment was when Parthenon in his lazy laid back L.A. voice asked the audience if they had heard Bev's singing before - only a few of us shouted yes. Then as the band swapped instruments, with Lou on Bass, Kelly on Acoustic Guitar, etc up stepped Bev with his smart shades on and launched into an excellent version of Summertime Blues with the audience clapping, singing and dancing along.

Next up was Telephone Line with Mik doing the opening notes on the keyboard!!!! Next followed my personal favourite ELO track of all time - Standing In The Rain which was performed superbly. After this was the audience favourite Mr Blue Sky - at last the place was rocking. Do Ya followed next and then it was non-stop playing for the next 15 minutes with the band blasting through Whisky Girls, Hold On Tight, Turn To Stone and finally Rockaria with Kelly sounding in agony during the operatic bit rounded off the gig as the band left the stage to rapturous cheering and applause - but we wanted MORE!!!!

After a few minutes Bev reappeared for his customary Drum Solo and the rest of the band returned to perform Don't Bring Me Down - Kelly and Parthenon running round like madmen - clearly having enjoyed the gig. The audience clapping and cheering for a good 5 minutes after the band had left the stage.

I'm not too sure what the band thought of the Carlisle audience after the previous nights wild audience participation in Glasgow. The Carlisle crowd is renowned for taking a long time to warm up (nearly an hour last night!!). We tried our best down at the front dancing and singing away - and me clicking away with the camera.

The band had apparently changed round the setlist slightly from the previous night in Glasgow. I'm not too sure whether it worked quite right with I felt too many slower numbers right after the mid-interval break before the audience got going again.

So another superb performance by the band who as I have said were still on a high from the previous night and I must say that Parthenon has settled in very quickly, giving a completely different dimension to many songs compared to Phil Bates' more bluesier style. Roll On Royal Albert Hall - I can't wait.

As a sidenote, it was also nice to finally meet the one and only J.K. and fellow list memebr Richard Kenworthy who had travelled up from Lancaster for the gig.

For personal reasons, my wife and I could not stop back to have a chat with the band (this was a big disappointment for me personally but hopefully I will get to speak to them at a future gig).

AN ELECTRIC EVENING STUFFED WITH HITS

They belted out the hits with enormous gusto - and that was just the audience.

ELO may be long gone but the enthusiastic reception which greeted their successor band in Carlisle shows they are far from forgotten.

The fans who all but filled the Sands created a real sense of anticipation as ELO Part 2 took to the stage to a barrage of lights and classical music.

And the band, formed around the nucleus of ELO founder Bev Bevan and long-serving violinist Mik Kaminski, went out of their way not to disappoint.

The group chose to play without a support band, taking to the stage instead for a two-hour show which crammed in up to 35 songs. "Somewhere in there is bound to be one of your favourites", Bevan told the audience.

With a back catalogue stuffed with Top 40 hits, there was no shortage of familiar numbers to choose from - the likes of Sweet Talkin' Woman, Mr Blue Sky and Evil Woman all given a highly-polished performance.

The highlight for many was when Kaminski took centre stage with his trademark electric blue violin.

Non-enthusiasts may have found the whole evening a little cosy for their tastes. But in the Sands on Saturday, there were precious few of them. 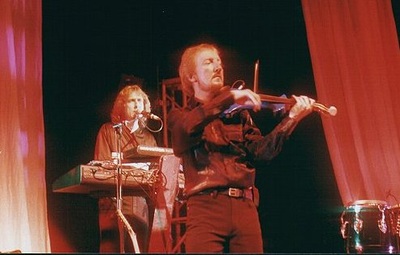 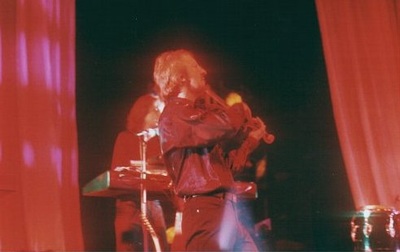 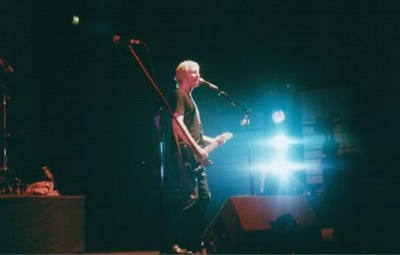 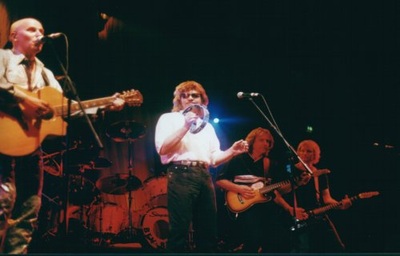 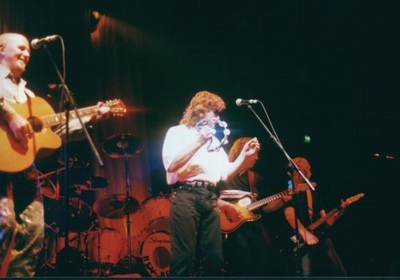 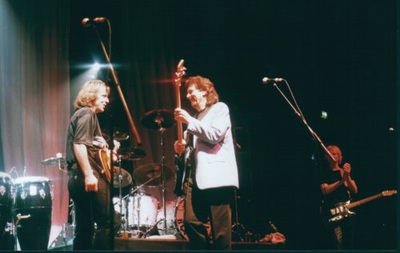 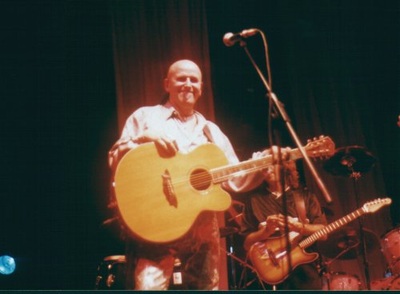 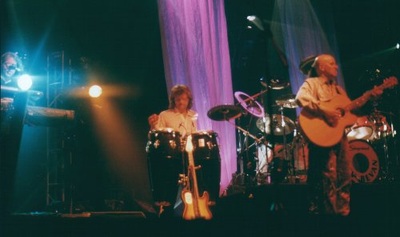 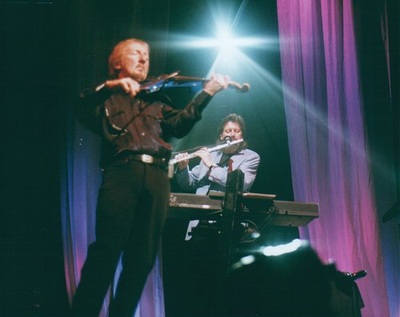 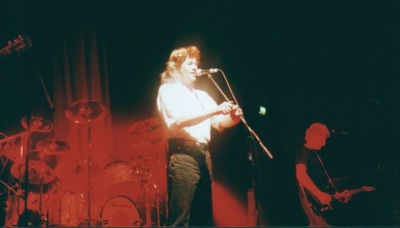 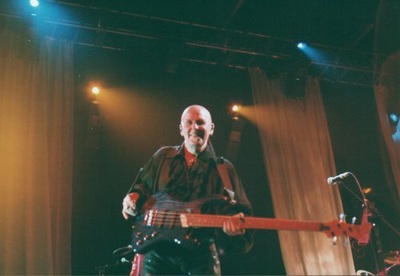 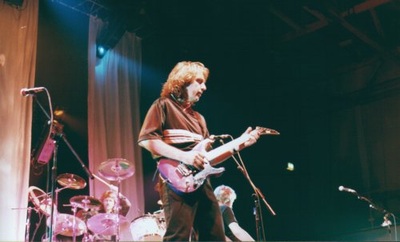 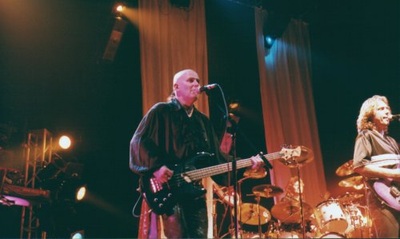 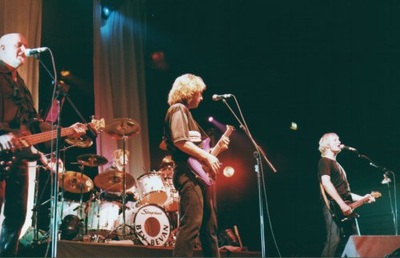 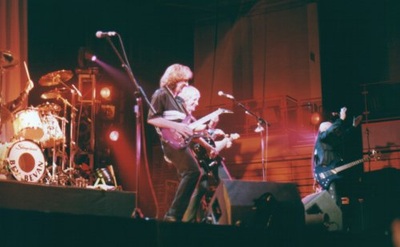 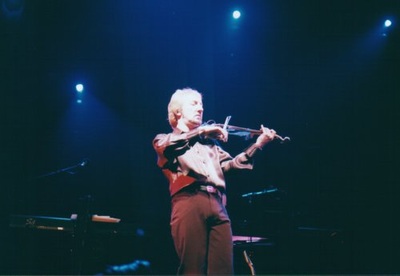 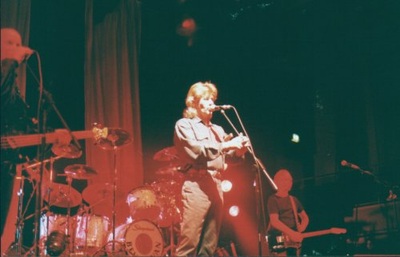 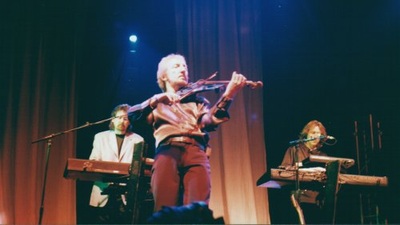 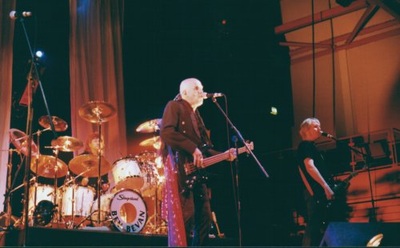