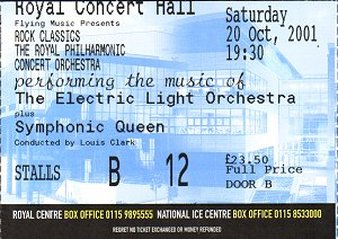 Here is my review of yet another outstanding concert by The Orchestra at The Royal Concert Hall, Nottingham on Saturday, October 20th. This was the final date of the current U.K. tour and featured the Royal Philharmonic Concert Orchestra along with the Nottingham Harmonic Society.

On this occasion we decided to take our two children, Emma and Ben, for their first live concert - and what better than The Orchestra.

The Royal Concert Hall is a beautiful venue set in the heart of Nottingham and just like all the other dates on the tour, was virtually sold-out. The concert was to start off with Lou Clark conducting the Royal Philharmonic Concert Orchestra along with the 100-piece Nottingham Harmonic Society. Four tracks were performed in total...... 'Under Pressure', 'We Are The Champions', 'Somebody To Love', and of course the one and only 'Bohemian Rhapsody'. Another brilliant performance with the choir again really adding to sound - 'Somebody To Love' was performed brilliantly.

After a short break, the band emerged from the darkness onto the stage and launched into the new opening track 'Jewel & Johnny' from the new album 'No Rewind'. We were sat in the stalls second row about six foot in front of Kelly and had an excellent view.

The group seemed much more relaxed and the performance more 'polished' this time compared to the first show in Manchester last week and at least they all 'appeared' to know what songs they were singing this time ;-) . In saying that, it's a shame Kellys bass guitar wasn't 'switched on' for the first track !

Again the new tracks seemed to go down very well with the near-capacity crowd, especially 'Twist and Shout' and again for Kelly's
beautiful rendition of the new song 'Before We Go' - in my opinion this HAS to be used as a single - get some radio / tv airplay in the USA for this track and I am sure it will be a huge hit. A very emotional song which sounded even better with the backing of the
orchestra & choir.

Speaking of the choir, they were having a great time themselves, clapping and singing along to many of the songs, particularly along to the encore 'Don't Bring Me Down'.

One of the other highlights from the show was drummer Gordon Townsend playing the guitar as Eric, Kelly and Hux performed a beautiful acoustic version of the Beatles classic 'Nowhere Man'.

Again I can't speak highly enough of the guys performance and they must be congratulated on another great weeks entertainment. The new album deserves to be ahuge success and hopefully it will not be another 2 and a half years until we see them in the UK again ;-) .

Nice to chat with some of the Listees too - Ken, Euan, Mark and apologies for not being able to meet and chat with many of the other listees who were at the gig (I'll be in touch soon folks).

The gig lasted for over two and a half hours and it was superb, and all credit must go to to both the band and a superb performance the Royal Philharmonic Concert Orchestra and the choir.

Jewel and Johnny
Evil Woman
Living Thing
No Rewind
Eldorado Overture / Can't Get It Out Of My Head
Showdown
Over London Skies
Before We Go
Turn To Stone
Nowhere Man (acoustic)
If Only
Sweet Talkin' Woman
Telephone Line
Twist and Shout
Do Ya
Ma Ma Ma Belle
Standing In The Rain
Mr Blue Sky
Rockaria!
Don't Bring Me Down

Click here to see more of my photos from this superb concert. 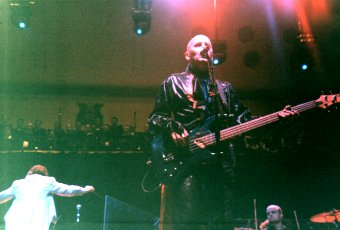 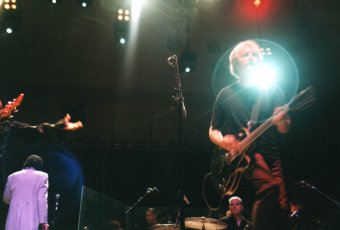 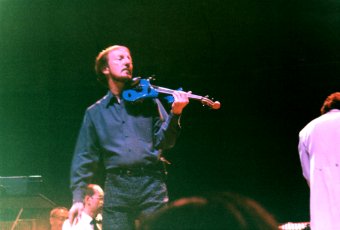 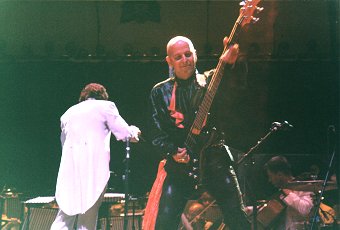 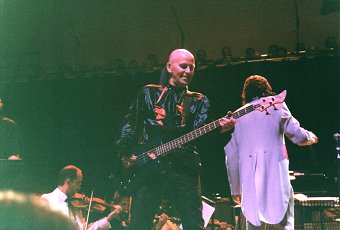 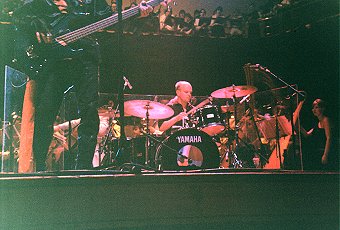 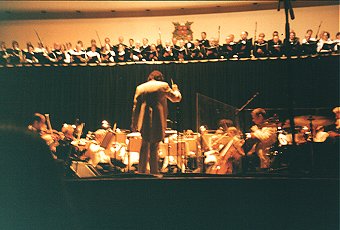 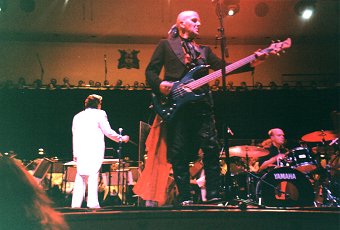 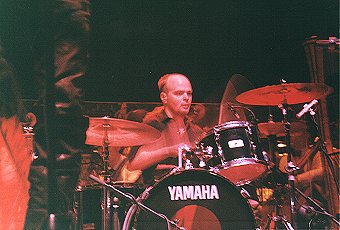 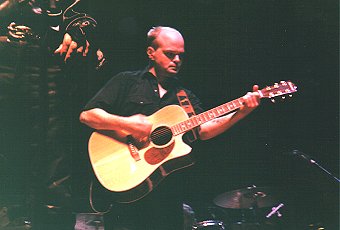 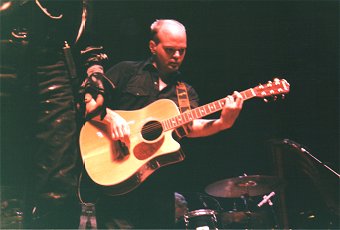 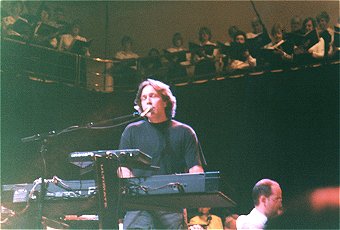 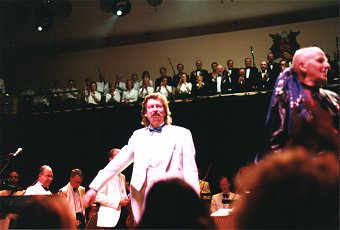 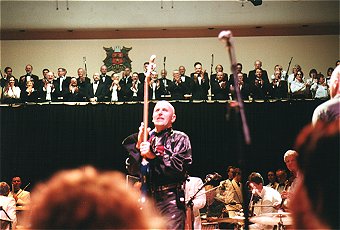 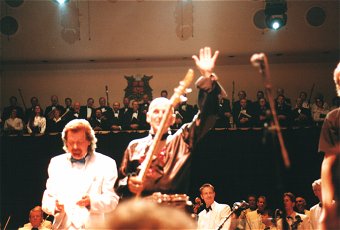 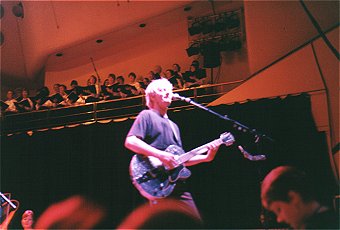 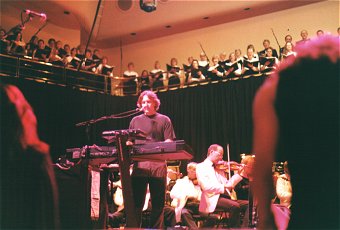 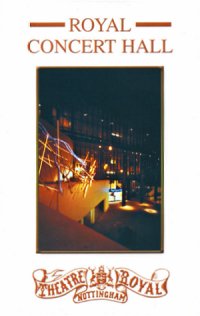